Lowland to mountain rainforests on the island of Sumatra, Indonesia.
Critically endangered; estimated less than 400 of them left. Biggest threats are poaching, habitat loss due to deforestation, and the loss of prey.
I’m a tiger of a different stripe: I’m the smallest of all tigers, I wear a darker orange and I have a very distinctive, lion-like mane!

I love our little island – so much that I developed into a subspecies from all other tigers, and adapted to this special forest environment by becoming the smallest, darkest tiger of all. I’m a lone wolf, um, tiger kinda guy and meet others only for mating season. As an apex predator, I’m quite key to the health of the rainforest because I keep all those medium to large-sized critters under control. Speaking of which: I’m not picky when it comes to food. Like any large cat, I’m strictly carnivorous and devour anything that comes across my path, really – wild boar, deer, fish, monkey, tapir… Tell me about that keto diet! 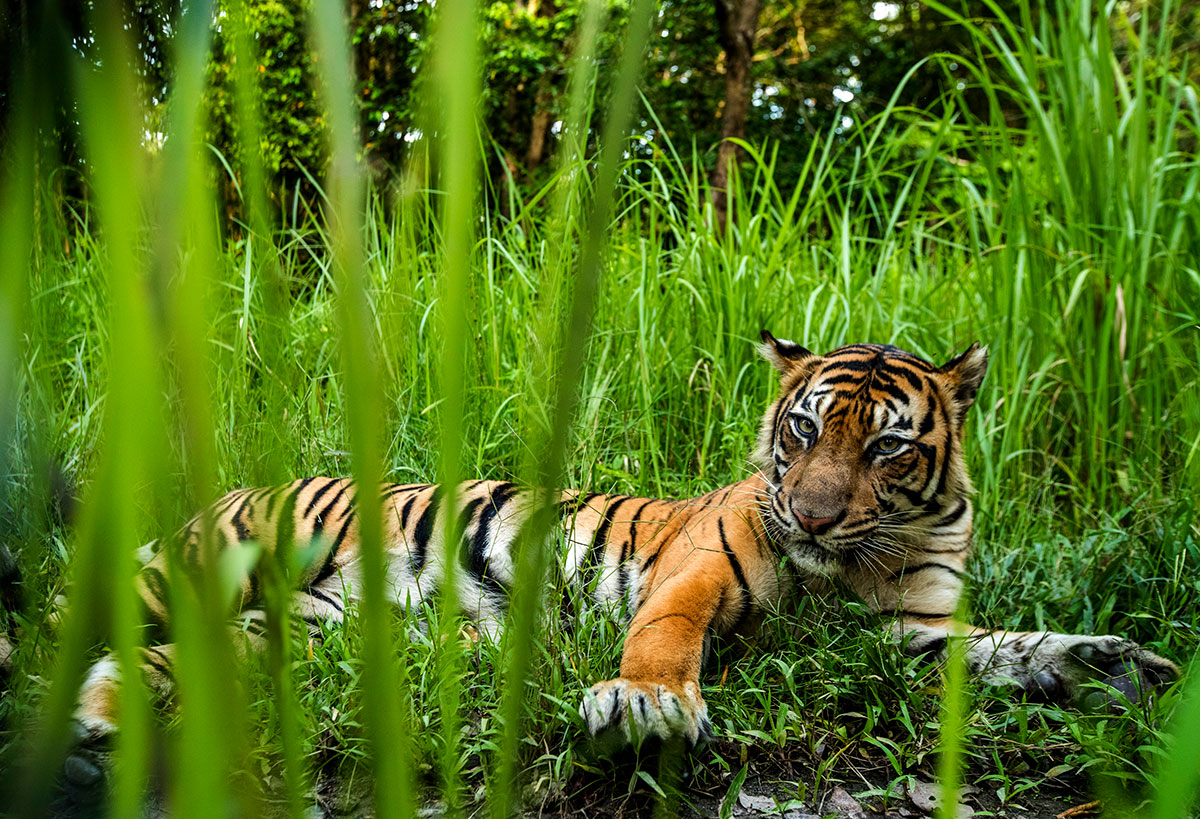 I’m an ambush predator (some call it “stalker” - but that’s not nice)? I hunt at night and hunt my prey slowly and silently, then pounce at them out of nowhere. Ha!
I’m so endangered that Indonesia’s top religious body announced a fatwa, or religious decree, against illegally poaching and trading me and my fellows?
The main reason humans hunt me isn't for my fur, teeth or claws, but for my bones? Apparently they make “tiger wine” out of it because they believe it will make them, well, strong and mighty as a tiger. Dude, as if it were so easy …
If you look at all tiger populations around the world, we’ve declined by 95 percent in the last 100 years? We’re quite the symbol for our planet’s species loss.

Between 2000 and 2012, our species shrunk by 20% just because of the expansion of Conflict Palm Oil plantations. Deforestation also makes us walk farther and farther in search of prey, sometimes up to 18 miles. Do you want to walk 18 miles to find something to eat? I don’t! That’s why we need your help to keep our rainforests standing and as intact and connected as possible. In return, I will keep them healthy by eating up all them critters 🙂