Abercrombie & Fitch is no stranger to scandal––but one controversy it has been able to ignore so far is its impact on Indonesia’s incredible tropical rainforests and the people who depend on them. Abercrombie & Fitch stocks almost 300 items that use rayon, viscose, or modal––all fabrics made from trees––and it is doing nothing to ensure that its fabric isn’t destroying critically endangered ecosystems.

Activists handed out information to passersby on the 3rd street promenade — a popular pedestrian mall in Santa Monica — and delivered a letter to the store manager to pass along to Abercrombie&Fitch management. One of the passers-by even joined in the protest!

Check out the images below, and join us in sending a message to Abercrombie & Fitch at ran.org/abercrombie. 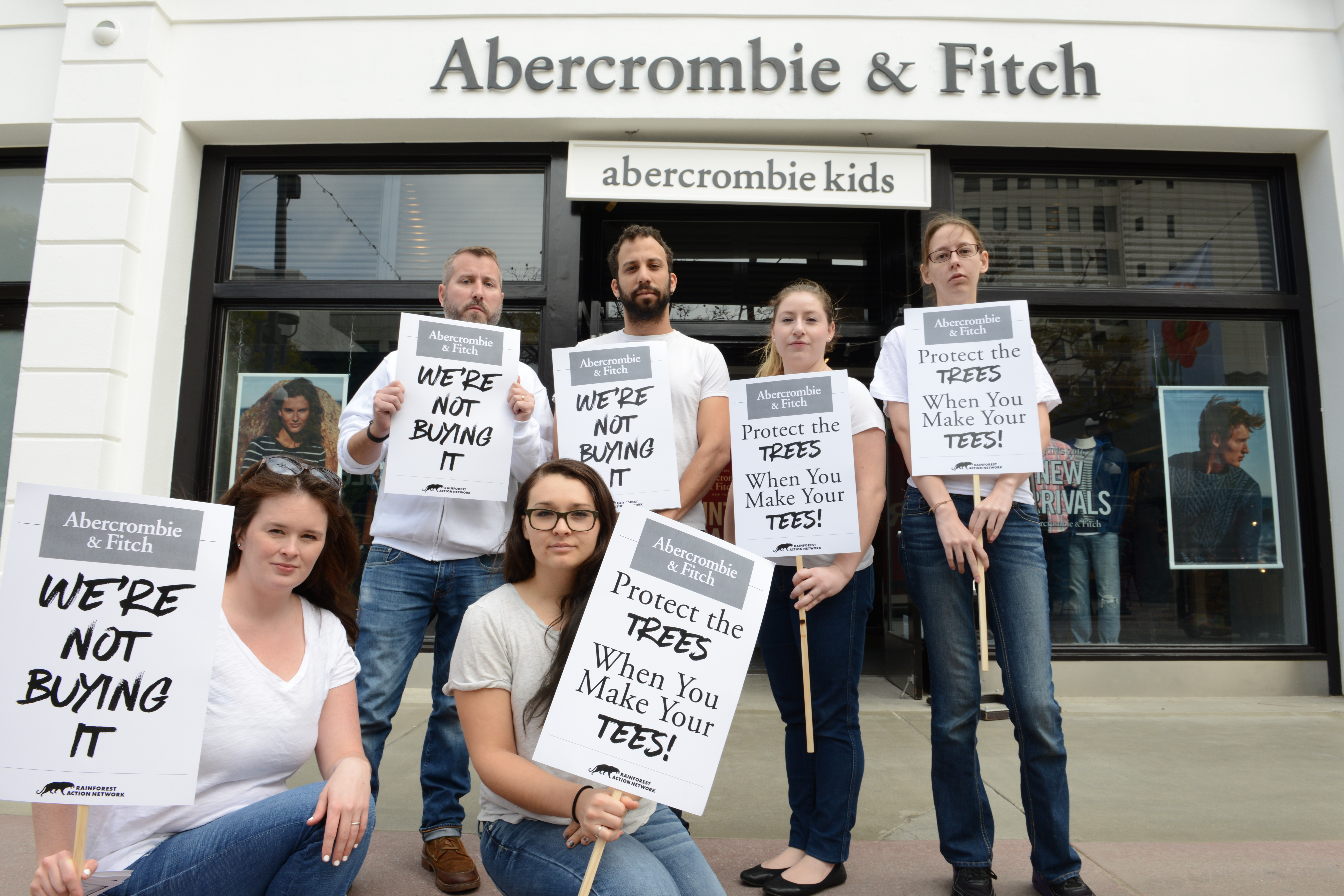 The Leuser Ecosystem: At the Frontlines of Extinction