This week, RAN and our supporters protested inside and outside of the Union Bank headquarters in downtown San Francisco, calling on its parent company — Japanese megabank Mitsubishi UFJ Financial Group (MUFG), the world’s fifth-largest bank by assets — to drop its financing of Conflict Palm Oil, deforestation, fossil fuels, and human rights abuses. The protest came hours before MUFG held its annual general meeting of shareholders in Tokyo, Japan.

Dressed as palm oil workers and holding signs and a banner, we peacefully occupied the lobby of Union Bank, chanting and sharing accounts of worker exploitation and harm to local communities by MUFG’s palm oil clients. We drew attention to the fact that MUFG is a major financier of problematic Indonesian food conglomerate and palm oil company Indofood, which major Western banks, including Citigroup, recently divested from over its exploitative and illegal employment practices. We also criticized MUFG’s financing of fossil fuel expansion including tar sands pipeline company Enbridge, which is violating Indigenous rights through its development of the Line 3 pipeline in Minnesota. In the past year, MUFG made good progress by adopting and strengthening its financing policies, but we’ve yet to see the impact on the ground. Through its lending to rogue palm oil and fossil fuel companies, MUFG continues to bankroll the growing climate crisis, furthering deforestation, species extinction, and human rights abuses.

CALL ON MUFG UNION BANK TO MAKE ITS POLICY MATTER!

MUFG recently adopted policies around financing forestry, palm oil, coal power, and coal mining operations, but received criticism from NGOs including RAN that its policies don’t go far enough to align with the Paris Climate Agreement or the Sustainable Development Goal of halting deforestation by 2020. Unlike its best-in-class peers, MUFG makes no mention of the leading agro-commodity standard of “No Deforestation, No Peatland, No Exploitation” (NDPE) nor commits to a Paris-compliant phase-out of fossil fuels. As of 2018, MUFG was the 6th largest global lender and underwriter of companies driving tropical deforestation in Southeast Asia and the 7th largest global lender and underwriter to all fossil fuels. In Japan, MUFG is the largest financier of the palm oil sector and the largest financier of fossil fuels, most notably coal power. MUFG’s recent commitment to restrict financing for coal power projects was cautiously welcomed by NGOs amid concerns with noticeable loopholes.

Check out video and images from the action below: 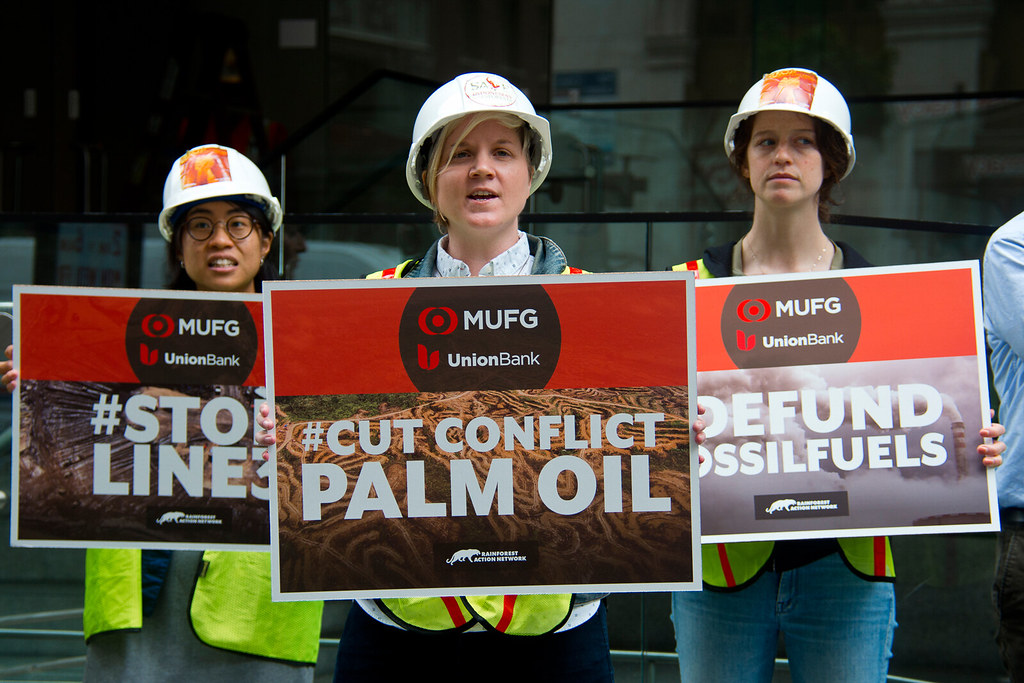 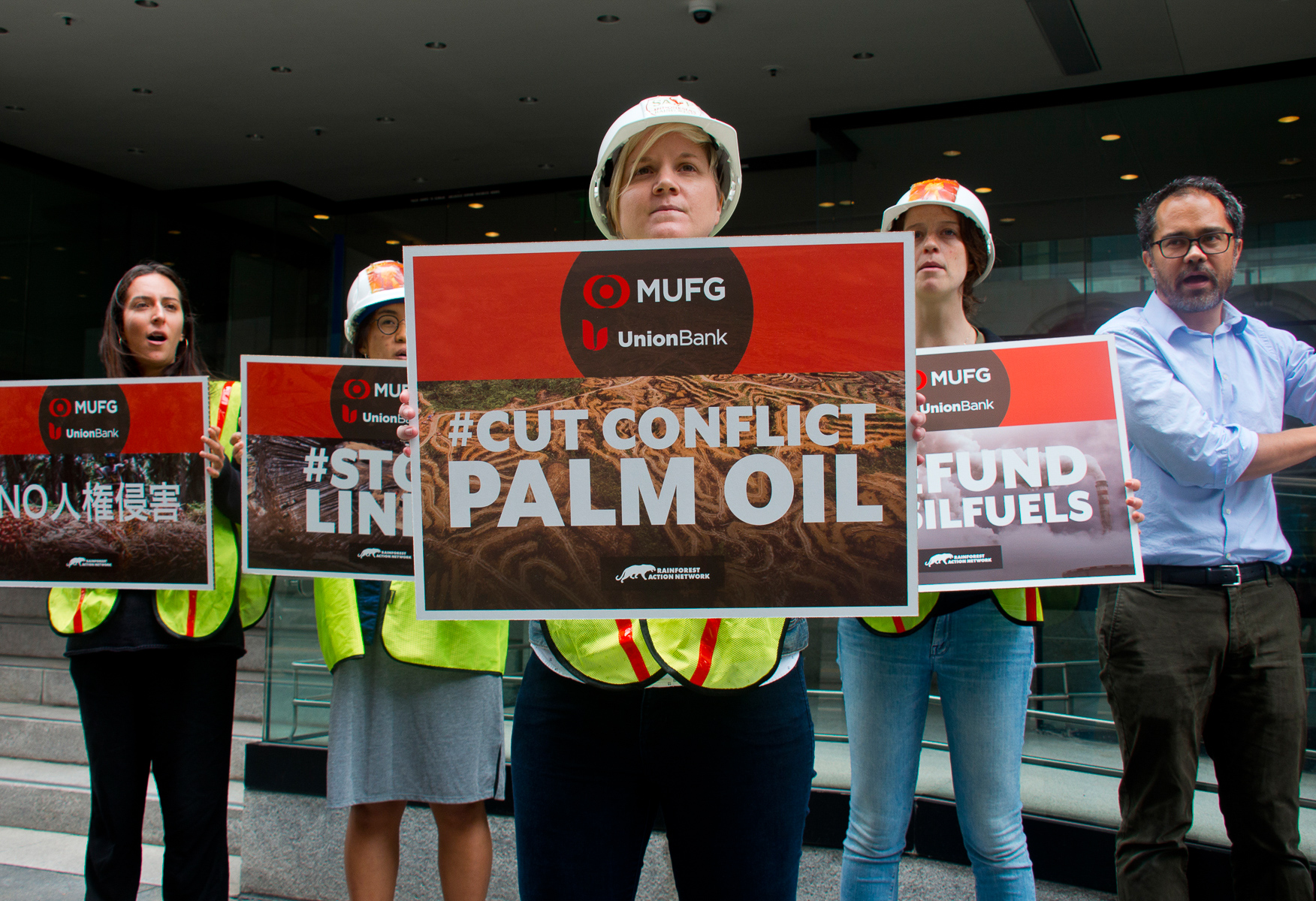