Six things you need to know about Anadarko, the worst corporation you’ve never heard of

The Bureau of Land Management (BLM) continues to auction millions of acres of public lands and waters for pennies on the dollar. But who exactly is profiting from these corporate giveaways?

Anadarko’s grip is especially strong in the Rocky Mountain West – it is the largest leaseholder (public & private) in the state of Wyoming and the top gas producer in Colorado. But somehow, Anadarko doesn’t have the same name brand recognition as its supermajor competitors — Shell, Chevron or BP. Anadarko is the worst corporate player that you’ve never heard of. But now it’s time to change that.

Anadarko’s activities on both land and sea have a proven track record of recklessness and corruption: consistently violating environmental regulations, committing human rights abuses, cheating taxpayers and actively working against the democratic process. Here are six things you need to know about this corporate criminal: 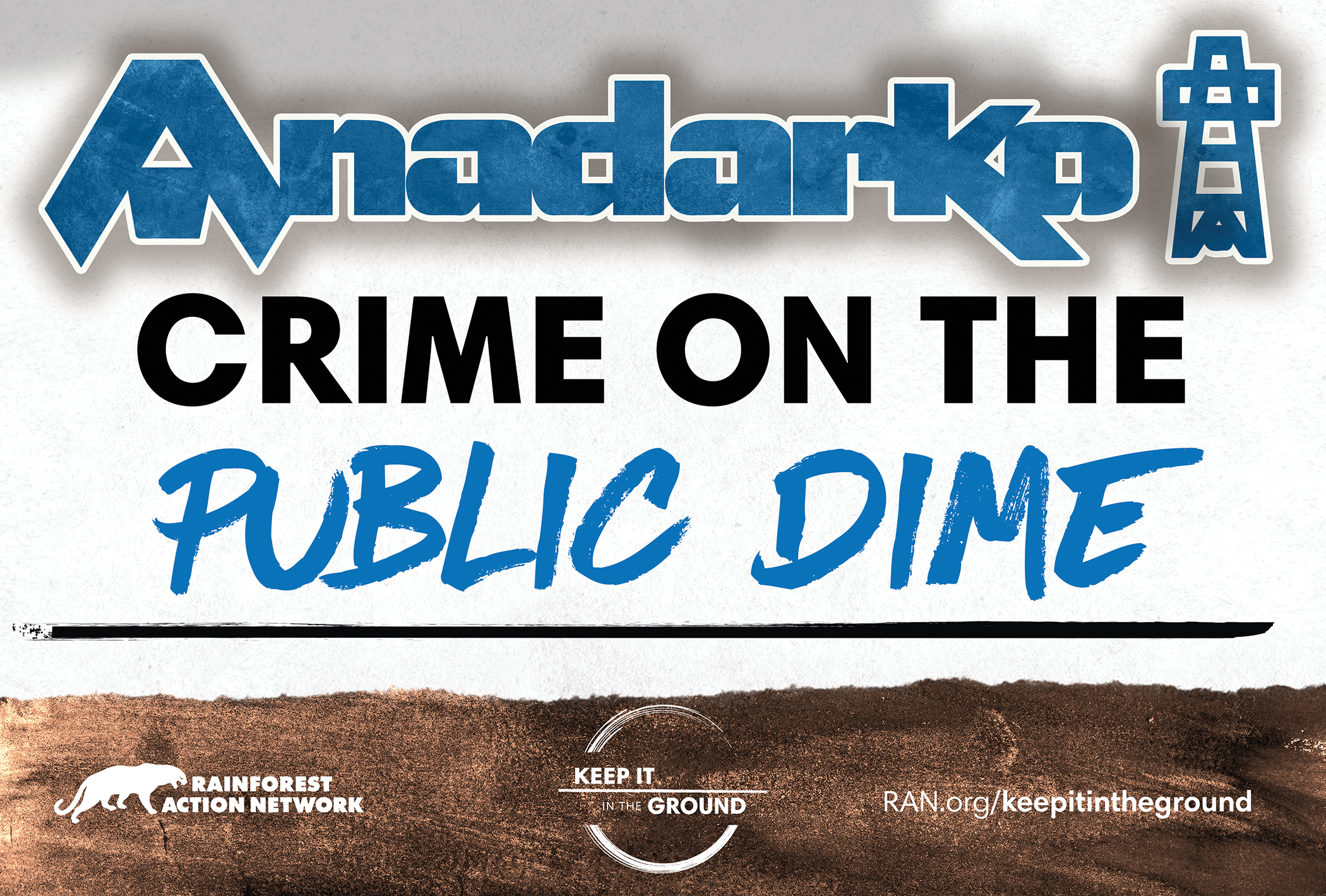 Every year for the last six years, Anadarko has had to pay an ever greater price in fines and settlements. This has culminated so far in Anadarko being ordered to pay the second-largest environmental cash settlement in history, a $5.15 billion deal to remediate dozens of sites across the country and compensate over 7,000 people dealing with the effects of toxic contamination. This historic settlement with the U.S. Department of Justice includes almost $1 billion to address drinking water and health impacts on the Navajo Nation.

What’s more, Anadarko had the nerve to tout a $550 million tax write off from the settlement.

2) Dodging accountability in the Gulf

Anadarko was also a 25% owner and co-lessee of the Macondo well that erupted as part of the Deepwater Horizon explosion in the Gulf of Mexico in 2010 – the largest environmental disaster in U.S. history, that is often only attributed to BP. Anadarko filed to not pay fines because it was a non-operating co-lessee – even though it urged BP to drill deeper days before the explosion. In November 2015, the Louisiana District Court charged Anadarko with only $159.5 million in Clean Water Act penalties, much lower than the $1 billion sought by the federal government. The fine was described as “not a slap on the wrist; it’s a tongue kiss from the judge.”

As a top leaseholder of public lands in the US, companies like Anadarko can lease land for as little as $2 an acre for fracking and gas production. These are rock-bottom prices — but at least the lessee is obligated to pay a small royalty to the US government on the oil and gas produced from public land operations. Anadarko shirks even that minimal responsibility. In 2011, Anadarko settled for over $17 million to the U.S. Department of Justice for underpayment of royalties on public lands. Additionally, a previous allegation of underpaid royalties in the Gulf of Mexico from Anadarko’s current subsidiary Kerr-Mcgee Oil and Gas was settled in January 2012 for $26 million.

Anadarko is uprooting entire villages without informed or prior consent. Showing the reach of their corporate culture, Anadarko is making a costly land grab on the other side of the world. After finding a significant gas reserve off the coast of Mozambique, Anadarko is attempting to fast-track a natural gas project that would displace thousands of local villagers on the Afungi Peninsula in Mozambique. Villagers were caught by surprise when company trucks began bulldozing their fields, crops and trees to make way for natural gas extraction operations.

Anadarko is an active player on the political scene. The company spent $2.92 million on lobbying in 2015. Since 1999, the top recipients of Anadarko’s contributions are Texas Republicans Joe Barton and Kevin Brady, both of whom have sided with dirty energy in 100% of votes tracked by Oil Change International’s Dirty Energy Money.

In 2014, Anadarko co-funded a front-group, Protect Colorado, which has received $21M over the last two years to defeat local fracking bans and moratoriums in cities on Colorado’s Front Range and to improve the image of fracking. The group poured millions into a campaign to defeat a local fracking moratorium in Loveland, Colorado.

In response to the growing grassroots movement to stop fracking in communities impacted by health threats, Anadarko, a multi-billion-dollar corporation, has built a “gasroots” network to try to polish its negative image. The company has trained over 2,000 of its employees, people who are on payroll and have an active interest in the company’s profits, to serve as “brand ambassadors.” Their aim is to convince people through unsuspecting schools and community organizations across Colorado, Wyoming, Utah and Texas that drilling isn’t harmful.

Anadarko’s track record is scandalous and corrupt. Yet this is the kind of company the U.S. government entrusts with public lands and waters. It’s clear the public leasing system is broken when companies like this are allowed time and again to bid on parcels only to ruin these public resources – resources meant to be protected for generations to come.

We need to end the corporate giveaway of our public lands and waters by ending the federal fossil fuel leasing program. Tell President Obama that this system has to go by signing this petition! Take Anadarko’s hands off public lands once and for all.