Rainforests are home to half the biodiversity in the world.

These forests are critical habitat for creatures as large as gorillas and elephants, and as small as insects and frogs, but they make up less than 15% of the landmass on Earth.

We depend on rainforests for the air we breathe, the water we drink and the food we eat. To thousands of Indigenous and local communities, the rainforests are home, providing livelihoods for millions around the world. In fact, Indigenous People have successfully protected them for generations.

From the Leuser Ecosystem and rainforests of Indonesia to the Amazon Rainforest in South America to the Congo Rainforest in Central Africa, rainforests are also our best defense against climate chaos. That makes them the most priceless places on Earth.

Indonesia’s Leuser Ecosystem is a world unto itself.

Indonesia’s rainforests are one of Earth’s most biologically and culturally rich landscapes. The world’s largest archipelago, Indonesia consists of almost 18,000 islands with rainforests running throughout, from Sumatra to Borneo to Papua. Containing the largest expanse of rainforest in all of Asia, Indonesia is home to hundreds of distinct Indigenous languages and over 3,000 animal species including Sumatran tigers, pygmy elephants, rhinoceros and orangutans.

Within Indonesia, at six and a half million acres, the Leuser Ecosystem is a world unto itself — a rich and verdant expanse of rare, unbroken, tropical lowland rainforests, cloud-draped mountains and steamy peat swamps.

The Leuser Ecosystem is among the most ancient and life-rich ecosystems ever documented by science. A world-class hotspot of biodiversity, it is the last place on Earth where Sumatran orangutans, elephants, tigers, rhinos and sun bears still roam the same habitat. It’s widely acknowledged to be among the most important areas of intact rainforest left in all of Southeast Asia.

The Leuser Ecosystem stretches across the provinces of Aceh and North Sumatra on the island of Sumatra. These provinces are home to a diverse range of rural communities, many of whom have lived in the region for generations and depend on the uniquely biodiverse forest ecosystem for their food, clean water and livelihoods.

But the Leuser Ecosystem exists at a tenuous crossroads. Despite being technically protected under Indonesian national law, industrial development for palm oil, pulp and paper plantations and mining continues to threaten the entire ecosystem, as well as the well-being of millions of Acehnese people who depend on it.

Learn more about how you can help Protect the Leuser Ecosystem

The Amazon Rainforest is the largest tropical rainforest on Earth.

Vast and superabundant, the Amazon Rainforest is the largest tropical rainforest on Earth — bigger than the rainforests of Indonesia and the Congo Basin combined. Roughly the size of the contiguous 48 United States, it’s been popularly called the “Lungs of the Earth” but, in some ways, it’s more like a beating heart, with the Amazon River — the largest and second-longest river on Earth — and its many tributaries making up the vital arteries that pump life into countless ecosystems. And just like a vital organ, the health of the Amazon Rainforest directly affects the health of the entire world.

Home to an estimated 30 percent of all known species on the planet, with more being discovered by science every year, the Amazon is the most biodiverse land-based ecosystem on Earth. The Amazon is also one of the largest terrestrial carbon sinks on the planet, playing a critical role in the regulation of the global climate.

Indigenous Peoples have been living within and protecting the Amazon for millennia. In fact, millions of Indigenous People currently live in the Amazon Rainforest, making up many hundreds of tribes that each have their own language, culture and territory. Some tribes have had regular contact with outsiders for hundreds of years, while other tribes remain uncontacted by the outside world to this day. The cultural practices and expert knowledge of Amazonian Indigenous communities has played a critical role in the protection of the Amazon for countless generations, and following Indigenous-led solutions is even more important today.

The global importance of the Amazon Rainforest can’t be overstated, but it has long been under threat. Road incursion leads the way to deforestation primarily for beef, soy, and timber; fossil fuel expansion; mining and large-scale hydroelectric projects. That’s why RAN and many others have fought hard to protect the Amazon from corporate looters since the early 1980’s.

Following Indigenous leadership, some significant gains have been made in the protection of the Amazon, but the threats never went away. Recently we’ve seen the Amazon come under new attacks, emboldened in part by the racist and anti-environment regime of Brazilian president Jair Bolsonaro, while global capital continues to flow into the industries driving deforestation and brands provide a market for products made at the expense of the Amazon Rainforest. Business interests and investments have fueled the intentionally set fires that have ravaged the Amazon and threaten to reach a tipping point from which the Amazon cannot recover. The Congo Rainforest stretches across 6 countries.

The Congo is the second largest rainforest in the world: at close to 450 million acres, it stretches across 6 countries in Central Africa, including Cameroon, Central African Republic, the Democratic Republic of Congo, Equatorial Guinea and Gabon. From endangered primates like lowland gorillas, bonobos and chimpanzees to big cats like leopards and lions, the Congo is home to more than 10,000 species — there are even hippos in this rainforest!

The wildlife of the Congo are a big part of what makes the Congo different from other rainforests. The Congo is a patchwork of rainforest, swamps and savannahs, because forest elephants and other herbivores help to shape the forest by keeping new tree growth low, making tree density sparser, and allowing larger and more mature trees to thrive in the forest. These large trees act as a carbon sink, and are of critical importance to maintaining a healthy climate.

The heart of the Congo Rainforest is the Congo River, feeding life throughout the forest. The ‘Pygmy’ People of the Congo have traversed this river for 50,000 years. The Ba’Aka live as hunter-gatherers within the rainforest as their ancestors did before them. But today, the Forest People of the Congo suffer from discrimination, land theft and project development without their consent.

The Congo provides water and food to more than 75 million people, and is home to nearly 150 ethnic groups.

Deforestation in the Congo has increased sharply over the last decade, with logging and agriculture as two of the biggest drivers. Logging roads have also increased poaching, leading to a 60% decline in the population of elephants. 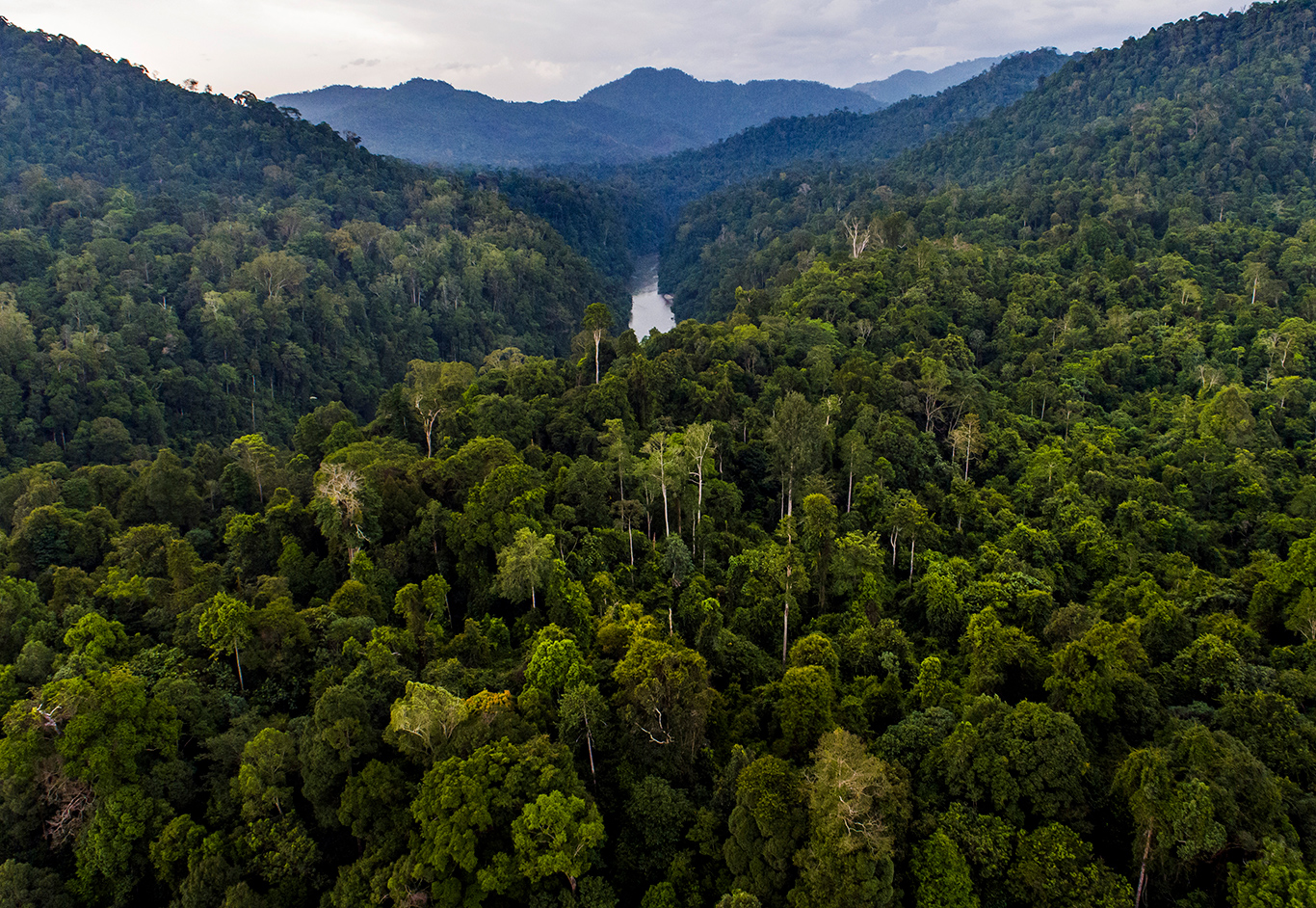 Forest defenders are fighting to protect their livelihoods and our planet’s last rainforests from unstoppable corporate greed, often risking their own lives. We need to demand that companies like Nestlé, Mondelēz, and Mars stop breaking the rules and threatening lives

The forests of the world are “biodiversity hotspots,” places where we can find an extraordinarily high number of unique species — including species that are currently threatened with extinction in the wild. But biodiversity is so much more than just the sum total of individual species, which is why we have to protect places like the last tropical rainforests, stretching from Indonesia to the Amazon, with all that we have.

The Price of Procter & Gamble’s Inaction