The insurance industry is supposed to protect us from catastrophic damages – like the fires, flooding and storm damage caused by the climate crisis. But it turns out that insurance companies are actually a huge part of the problem. Insurance giants like Liberty Mutual, AIG, and Chubb are, in fact, fueling climate chaos.

The insurance industry supports fossil fuel companies and projects with those first two by:

The insurance industry understands the dangers of the climate crisis we’re in. They know this isn’t a future problem, because they’re paying for climate damages right now in communities across the country. But instead of protecting our communities, they’re increasing the costs of insurance or withdrawing coverage entirely from regions that are experiencing the worst climate impacts now, like the coasts of Florida and wildfire-ravaged counties in California.

And just as these companies are abandoning the communities that need help the most, they continue actively propping up the fossil fuel industry instead.

The science is clear.

We can’t afford any more investment in fossil fuels and we have less than 12 years left to prevent the worst impacts of climate disaster. The transition to a clean energy future is underway, but our lives literally depend on scaling it up rapidly. Insurers have a key role to play in making that happen today.

How to Insure Our Future

The insurance industry literally has the power to change the world by withholding insurance from any new fossil fuel projects. It shouldn’t be hard to convince them: after all, it’s the insurance companies who will be left paying for the worst impacts of climate disasters.

But that’s where YOU come in.

We need your support to take on Liberty Mutual, one of the biggest fossil fuel insurers in the world. In the midst of the climate emergency, Liberty is insuring new tar sands pipelines, coal mines, and oil rigs, expanding fossil fuel extraction and trampling on Indigenous rights.

But Liberty can change. It can be a leader in the fight for a world in which the climate is safe and stable and human rights are respected.

We’re demanding that Liberty Mutual and the nation’s top insurance companies adopt policies that meet the scale and urgency of the climate crisis.

We’re calling these insurance companies to:

Join our global movement to move the insurance industry away from deadly fossil fuels to a healthy, clean energy future. 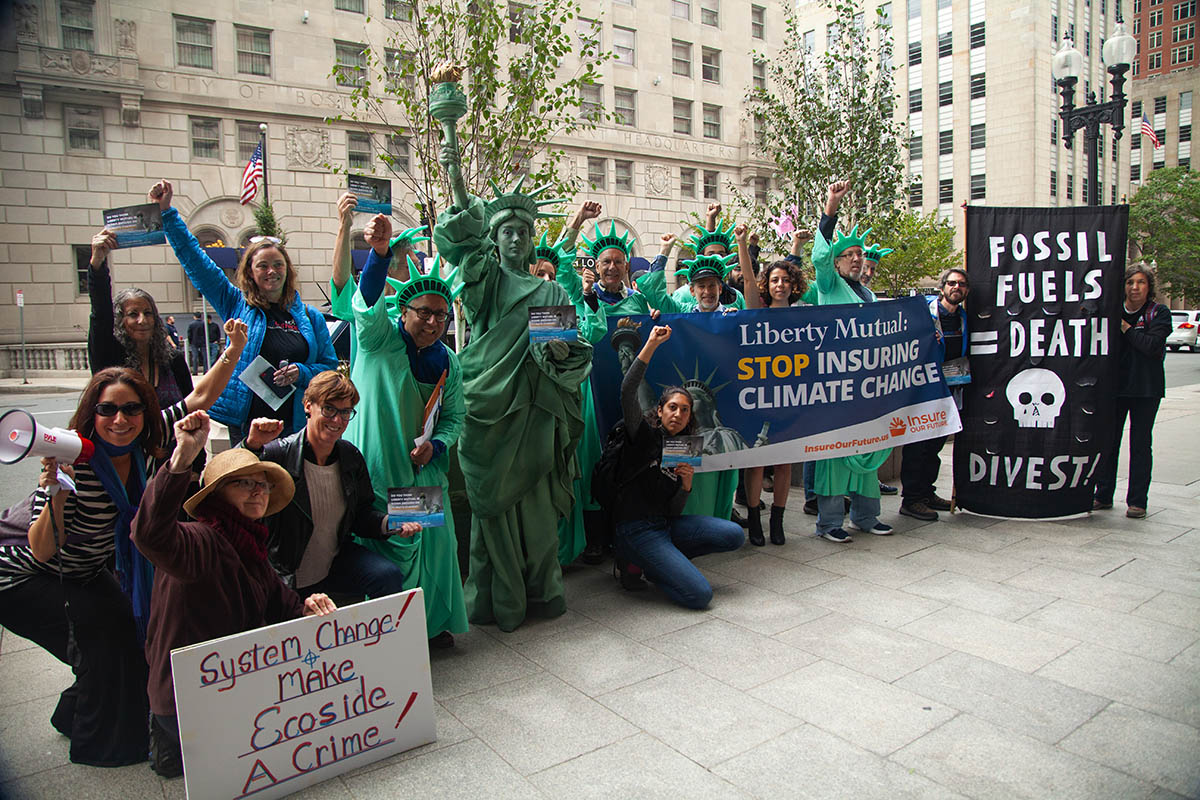