Ibrahim AlHusseini is a humanitarian and investor dedicated to financing companies that implement market ready solutions to our greatest social and environmental challenges.

AlHusseini spent his early career as a sustainability-focused entrepreneur, with significant experience in operations, sales, and finance. He is dedicated to addressing our growing global waste crisis and founded FullCycle Energy LP to finance projects that convert our costly environmental problem into clean, valuable fuel to power communities around the world.

Equally passionate about gender equality and the arts, AlHusseini supports several NGOs advancing social and cultural change in societies that adversely impact women and girls. In addition to the Rainforest Action Network, he serves on the boards of Aspiration Bank, Synova Power, Cornerstone Capital, The Culture Project, The Global Partnership for Women and Girls and The Biomimicry Institute. 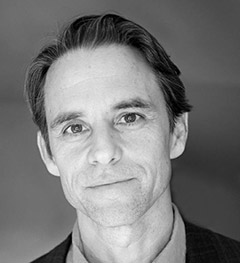 Andre Carothers has more than 25 years experience in non-profit management, philanthropy, program development, and organizational and leadership development. He is currently an independent consultant. He is the co-founder, former Executive Director, and now a Senior Fellow at the Rockwood Leadership Institute, a national non-profit training and consulting organization. For nine years he served as Chairman of the Board of the Rainforest Action Network. Andre is on the Board of Directors of Story of Stuff and the US Advisory Board of International Rivers. He is also senior adviser to the Weinmann Charitable Trust, and Executive Director of the Furthur Foundation and the New Place Fund. From 1984 to 1997 he worked at Greenpeace USA as editor of their national newsmagazine, campaign manager and member of the Board of Directors. He was a regular columnist for “E” Magazine and has written extensively on environment and civic issues for many publications. He has authored numerous reports, articles and conference presentations on topics ranging from the economics of timber extraction in Papua New Guinea to the integration of spiritual practice into social activism. He received an MA in environmental science from the Energy and Resources Group at the University of California, Berkeley. Board Chair
Development Committee Co-Chair
Board Member since 1999

Jodie is primarily focused on sharing a global vision for peace and social justice. In 1999, she co-created the Peace Conference in Dubrovnik centered on “Imagining Peace in the 21st Century.” and she continues to produce the multi-event World Festival of Sacred Music that takes place in Los Angeles every 3 years.

Jodie has produced several documentary films including Stripped and Teased: Tales from Las Vegas Women, The People Speak, This Changes Everything, and the Oscar-nominated documentary The Square. Jodie is the co-editor of two books, “Twilight of Empire: Responses to Occupation” and “Stop the Next War Now: Effective Responses to Violence and Terrorism” and a contributor to “Beautiful Trouble: A Toolbox for Revolution.” Development Committee Member
Board Member since 1996

As co-directors of the Angelica Foundation, Jim and Suzanne Gollin fund environmental, pro-democracy and human rights groups in the U.S. and Mexico. Jim chairs New Mexico’s progressive donor collaborative and serves as President of the Board of Rainforest Action Network. Jim is a member of the Threshold Foundation, serves on the board of the Center for Community Change Action, Richardson Center for Global Engagement, and is a former Director of Democracy Alliance.

Jim worked at a number of think tanks in Japan and the U.S., was an investment banker at Nomura Securities and Morgan Stanley International in Tokyo and then in London, co-founded the investment management company Pacific Partners in New York, is a founding member of the Social Venture Network, and is an active socially responsible real estate investor and broker.

Jim received his undergraduate degree from Princeton University and a Masters from John Hopkins School of Advanced International Studies in International Economics and Japanese Studies. He lives in Santa Fe, with his wife Suzanne and son, Noah. Anna Hawken was born and raised in Australia and graduated from the Flinders University of South Australia with a degree in political science and economics, before living a truly global life. She has also lived and worked in Papua New Guinea, Indonesia, and Europe before settling and having a family in California.

Anna is a long time supporter of progressive causes, and has been a consistent leader on the board at Rainforest Action Network. She served as vice chair, and chair of the Development Committee over her 9 year tenure on the board before being elected to the Chair position in 2016. Assuming leadership in one of the most challenging times for the preservation and protection of rainforests, our climate and human rights is a challenge that she welcomes. Anna Lappé is a national bestselling author, a respected advocate for sustainability and justice along the food chain and an advisor to funders investing in food system transformation. A recipient of the James Beard Leadership Award, Anna is the co-author or author of three books and the contributing author to more than a dozen others. Anna’s work has been translated internationally and featured in The New York Times, Gourmet, Oprah Magazine, among many other outlets.

Anna’s most recent book, Diet for a Hot Planet: The Climate Crisis at the End of Your Fork and What You Can Do About It (Bloomsbury), was named by Kirkus as one of the best environmental book’s of the year. Anna is also the co-author of Grub: Ideas for an Urban Organic Kitchen (Penguin) and Hope’s Edge (Penguin), which chronicles grassroots solutions to hunger around the world.

Anna is a founding principal of the Small Planet Institute and the Small Planet Fund with her mother, Frances Moore Lappé. She currently leads Real Food Media, a collaborative communications initiative based at Corporate Accountability. With her team at Real Food Media, Anna partners with grassroots organizations around the country to catalyze creative storytelling to inspire, educate and grow the movement for sustainable food and farming. ]

Anna holds an M.A. in Economic and Political Development from Columbia University’s School of International and Public Affairs and graduated with honors from Brown University. She is an advisor to the Panta Rhea Foundation, and an active board member of the Mesa Refuge, a writer’s retreat in Point Reyes, California. Anna is based in the San Francisco Bay Area. Avi Mahaningtyas has been working in the non government sector in Indonesia for the last 25 years. Her main focuses have been environmental policy and practice, community business development, women’s empowerment, indigenous peoples rights and governance reform.

Avi is an environmental consultant and knowledge facilitator. She served as an advisor to the David and Lucille Packard Foundation and Climate and Land Use Alliance (CLUA) from 2013 to 2018. She served as advisor for stakeholders engagement and strategic communication for the Task Force for Reducing Emissions from Deforestation and Degradation (Satgas REDD+) and the Head of Presidential Delivery Unit from 2011-2014. She was a fellow with The Samdhana Institute focusing on community-based natural resource management, social transformation, and cultural revival. Prior to that, Avi worked as the National Coordinator of the Governor’s Climate and Forest Task Force (2009-2011); Chief of Cluster, Environmental and Economic Governance with the Kemitraan-Partnership for Governance Reform Indonesia (2010-2012); and the National Coordinator for the GEF Small Grants Program in Indonesia (2002-2009). Combining her cross-cultural experience with the passion for mission-based organizations and nonprofits, Marsela now serves as SVP of deposit management and heads the Nonprofit & High Impact Investor practices at New Resource Bank (NRB), working with close to 200 nonprofits and foundations. Prior to NRB, Marsela created customized growth strategies for one of the fastest growing European banks, Raiffeisen in Vienna, Austria, working with McKinsey and Boston Consulting across most of Europe.

Parallel with banking, Marsela fights the unworkable status quo for children, education, human rights and the environment. She grew up in Sarajevo, Bosnia and Herzegovina, and witnessed the war and siege in 1992-1995. Today, she serves on the Advisory Board of Jericho Foundation, a U.S. founded and run non-profit in Michigan, which for supports bright, underserved Bosnian youth to get a college education and get employed in Bosnia, so that the best and the brightest stay and build the country.

Marsela started her career in education working as Executive Director of U.S. operations for École Française des Attachés de Presse (EFAP), a Paris-based international business communications school, and New York Institute of Technology in NYC. She worked for Organization for Security and Cooperation in Europe as expert member on the Committee for Revision of Textbooks and Elimination of Discriminatory Contents in schools throughout Bosnia and Herzegovina (B-H) as well as with Office of the High Representative and Council of Europe including work on B-H Higher Education Reform and related new legislation. Marsela authored Education Segment of the UN and UNDP publication on “Youth in Bosnia and Herzegovina” and contributed to Soros Open Society publications. She worked with Education for Peace and the Landegg International University in Switzerland promoting violence-free and peaceful school environments.

In addition, she owned a consulting firm based in Europe “Recognita” managing relationships with leading international clients, advising CEOs and top management teams. Marsela holds an MBA in Finance from the University of Turin in Italy, a Bachelor of Science in International Business from Marymount Manhattan College in NYC, as well as a First in Class Bachelor degree in Marketing from E.F.A.P. Paris, France. Scott B. Price obtained a Bachelor of Arts from Rutgers College, New Brunswick, New Jersey. He earned the honor of being a Henry Rutgers Scholar and graduated in May of 1979. He obtained his Masters in Business Administration from San Francisco State University, San Francisco, California in December of 1981. Scott has been a certified CPA since March 12, 1982. Scott B. Price and Company was founded in June of 1985.

Scott serves on the Board of Directors for several 501(c)(3) organizations. He is the treasurer for the Rainforest Action Network, Inc and is an active member of the Cedars and Ronald McDonald House – SF advisory boards. Scott is also a member of the American Institute of Certified Public Accountants and the California Society of Certified Public Accountants. Alberto Saldamando (Xicano/Zapoteca) is an internationally acknowledged expert on human rights and Indigenous rights and has represented Indigenous Peoples, organizations and communities from various countries from most regions of the world before United Nations human rights mechanisms, as well as the International Labor Organization, the Interamerican Commission on Human Rights, and the Organization for Economic Cooperation and Development specific instance procedure.

In 2009 Alberto began his climate change work with the Indigenous Environmental Network (IEN) at the Copenhagen Conference of Parties of the UN Framework Convention on Climate Change (UNFCCC), and in 2012 he accepted the position as counsel to the IEN on Climate Change and Indigenous and Human Rights. In this role he serves as IEN’s head of delegation to UNFCCC Conferences of Parties and related fora. Alberto previously spent 18 years serving as General Counsel of International Indian Treaty Council (IITC), and is very proud of his very active participation in the negotiations leading to the UN Declaration on the rights of indigenous peoples, the establishment of the UN Permanent Forum on Indigenous Issues and the initial mandate of the Special Rapporteur on the rights of indigenous peoples. In addition to representing indigenous individuals, tribes and nations in the human rights arena, his work with the IITC included advising on organizational matters and the development and implementation of a Human and Indigenous Rights program, training and activities.

Alberto was accredited as an Expert by the UN Food and Agriculture Organization (FAO) to the World Conference on Indigenous Peoples (2014) and an elected by UN accredited Non-governmental Organizations as their representative to the International Steering Committee of the World Conference Against Racism (1998-2001). Alberto is a member of the California Bar Association and a retired member of the Arizona Bar Association. Previously, he served as Executive Director of California Rural Legal Assistance, was one of the founders and board member of San Francisco’s Central American Resource Center (CARECEN) and Board Member for Northern California American Civil liberties Union (ACLU). He is bilingual in Spanish and English.